Good Morning, hope you enjoyed a sunny weekend so far. It’s going to be a lot of fun today, have a great Sunday 🌞

Just the other day, we already looked through a “first words” book with my one year old for more than 5 seconds! Ok, my toddler doesn’t speak two languages yet…but she is at least listening to them.: )
But thinking of how I’ve spend the last eight years of my life with my older daughter, I think I said one million times „ ….in hungarian please!“ „Magyarul!“ 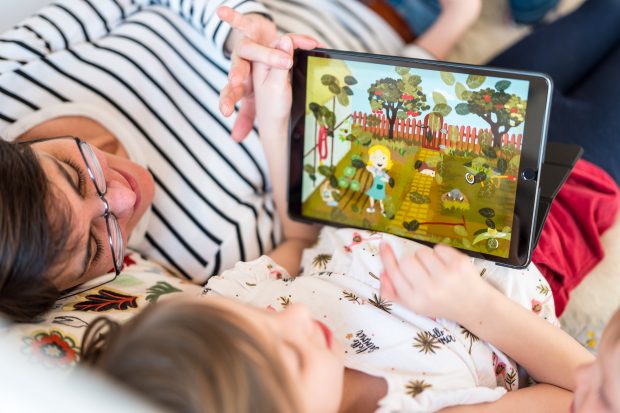 Sometimes, I myself don’t understand why I find it so important for them to learn hungarian. One of the worlds most difficult languages, that not much of its population can speak. But then I remind myself, that this is their heritage through me and it is a language for free! My children will not learn any other language so easily and naturally.
It is very difficult to talk to your daughter only in Hungarian in another language environment, in our case Germany. Nobody speaks it, nor understands it. The father, the friends, the kids friends, the grandparents…unless you are ok with being rude and want to isolate yourself, it is sheer impossible. After Nursery school starts, the time when it is just the two of you around is extremely limited too.
So beside talking as much as I could in Hungarian with her, we played dolls only in Hungarian, read books, we played with KinderApp, send her to Saturday Kindergarten, Preschool and every time we could we went to Budapest or Lake Balafon and visited my parents and grandparents.
For 4 long years, it was a one way thing. I spoke to her in Hungarian and she answered mainly in German with a few Hungarian words. It was very frustrating… it would have been easier to speak in German too as that was my everyday language. Honestly, I thought many times on giving it up.
4 years ago, I left her with my parents for a week in Budapest. It was the first time we were separated and it was not easy for either of us but it was the most effective language overflow that she ever received! It was the first time she actively needed the language buried deep down in her.
The damn broke and my little girl finaly started talking in hungarian fluently and with a very german accent! I will never forget the overwhelming feeling, hearing her talk in my mother tongue for the first time in full sentences….yes it was worth it!
KinderApp Farm, our latest and greatest app, can be downloaded here. Enjoy!
End of last year, it was time to start to work on KinderApp again….this, however doesn’t mean that I’ve not been busy last year… as my little bundle of joy, another little girl was born in February 2017.
So this past year was crazy, tiring, happy and breathtakingly fast!; ) My now family of four, got to know each other better, we bonded, found our new roles and are now complete at last. Despite of challenging times we all enjoy the unbelievably fast progress of our little ones first year. 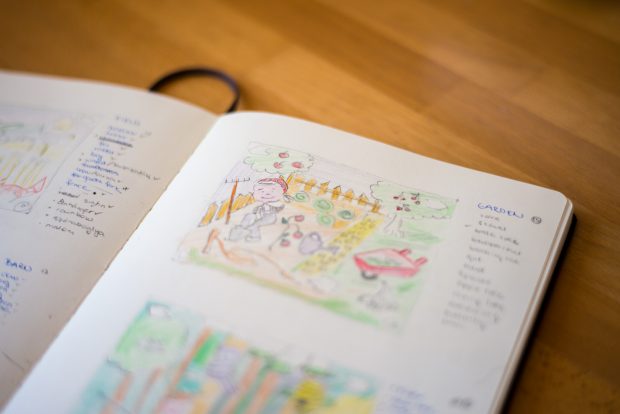 Fortunately, our eight year old daughter, was very welcoming and adapted very well to our new life with baby. Every day, her first question when she comes home from school is „ So what is new? What did she learn to do today?”
Yes, my toddler is already 1 year old! Again I find myself talking and talking and telling her all the details I see around us as well as discussing my life and plans with her. The more words, the easier for her to learn to talk.
As my hopefully second bilingual child, I know how challenging this will be. It is not easy to give enough space to a language that only one parent speaks. Seven years ago, this was my motivation to make KinderApp in the first place. I wanted to create something that we can play and learn words with.
Life is repeating itself, a new KinderApp is out now, just like back then! But this KinderApp is more mature, I put all the experience and knowledge in it.
The time is ripe to begin afresh! 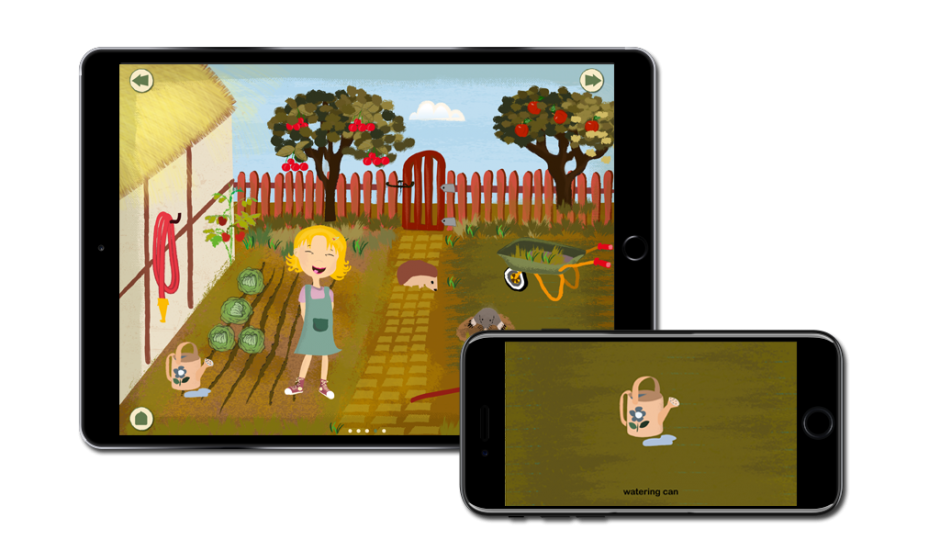 I am so happy and thankful to tell you that, yesterday after countless hours of work, we finally finished our new app, KinderApp Farm. This app is definitely one of the best “first words” apps in the App Store! KinderApp Farm has been approved by Apple within hours, and is now ready for download on the App Store. 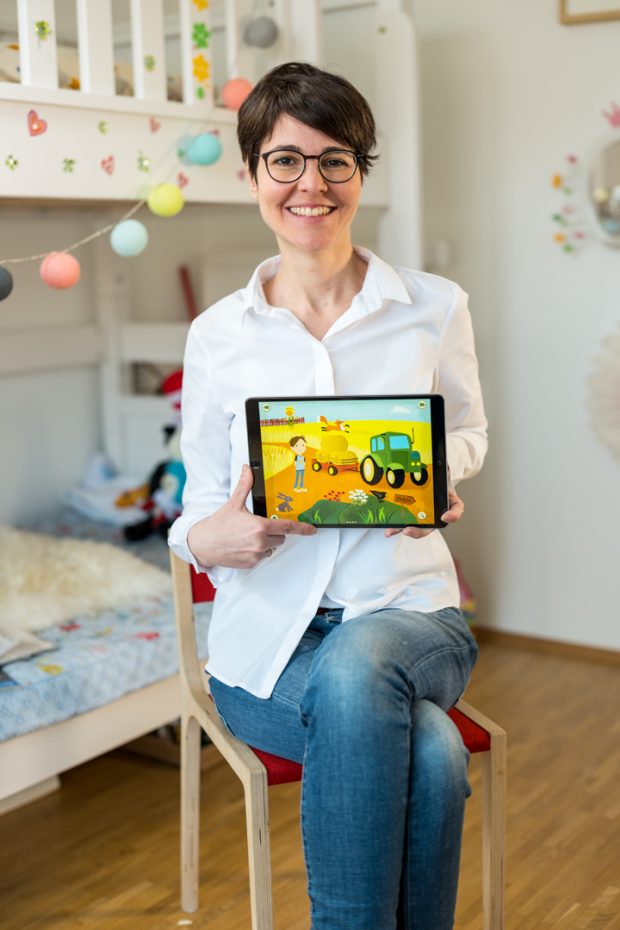 KinderApp Farm has sooo many new things to offer!
A completely new design… It took me took me several weeks with countless drafts and lessons to find a new style for illustrations. I was not sure what I was looking for and had the feeling that the project is not progressing. However, after putting together the bits and pieces that I’ve learnt, it was both relief and joy to see that it was worth it.
Now there are also wonderful animations made by a professional film maker. The KinderApp kids, Miley and Mike are now cheeky, funny and can even dance!
There is also a new level called “Speak” that makes kids speak the words out loud. Playing with KinderApp and learning to talk a new language is even more interactive and fun. I will write more about this in another blog post later.
It was a big challenge to add my favorite language, Spanish,  because I can’t speak it. Thanks to my Spanish and South American friends, we were able to choose the right speaker, translate the words, find the mistakes and localize the app! I really, really do like the result, and today I already speak all sixty KinderApp words fluently in Spanish ; )
The new App is not just running smoothly but both toddler and school kids love it!
These last few weeks have been crazy and there are still more to come…but I am so excited to have the app out there because I think it is our very best.
So please check out KinderApp Farm, the newest and best of the KinderApp Family, in the App Store!

… we are preparing everything right now to start blogging in english language. We hope to publish our first articles soon, and will certainly keep you informed about latest developments of our apps and most certainly everything else in life.

In the meantime, head over to Instagram. We are already live over there  😀